With the LUFO Radio, you can have light and listen to the radio for 24 hours using only 33cl of fuel.

Аз съм шут, на служба при Съдбата.
What we are is the sum of everything we've ever said, done and felt. All wrapped up in one unique tread which is constantly being revised and remembered. So to be yourself, you have to constantly remember yourself. It's full time job.It's how it works...

Left: A Russian thermo-electric generator based on a kerosene lamp.
This lamp was introduced in 1959, once again to power radios. Presumably there were parts of Russia that Stalin's electrification program had not reached. According to Popular Mechanics for May 1959, the lamps were also exported to India. The thermoelectric elements comprised a zinc-antimony semiconductor (ZnSb) with constantan as the other element.

I have been informed by Pine Pienaar that he has seen one of these things, and it yielded both 1.5 and 90 Volts, so it could replace a composite dry battery with the same output voltages. Such batteries were once widely used to operate small portable valve radios.

Such radios typically used four 7-pin valves and needed a 90V HT supply at around 12mA and a 1.5V filament supply at 125mA or 250mA depending on the valves used. 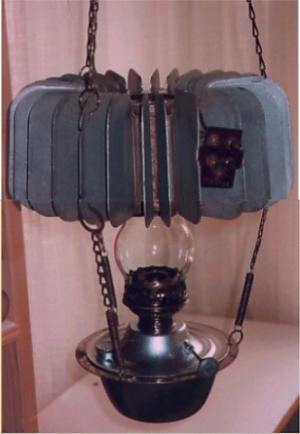 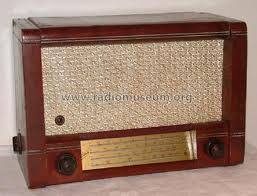 Left: A Rodina 52 Russian radio
This is the radio being anxiously tuned in by the lady above.

It was a 7-valve superhet, with a heptode oscillator/mixer followed by two IF stages. There were four more valves in the push-pull audio output stage, though the output was only 150 mW. All were single section valves, so seven were required. Their cathodes were all directly-heated and wired in parallel.